Arguments for a possible

based on Evidence from fine arts

Background Information for the Instrumentation variants

Since the sources from the Renaissance themselves do not contain any specific set of instruments to be used, the music presented here is recorded in up to six different instrumentation variants. The assumptions on which the various instrumentation decisions are based shall be clarified here. 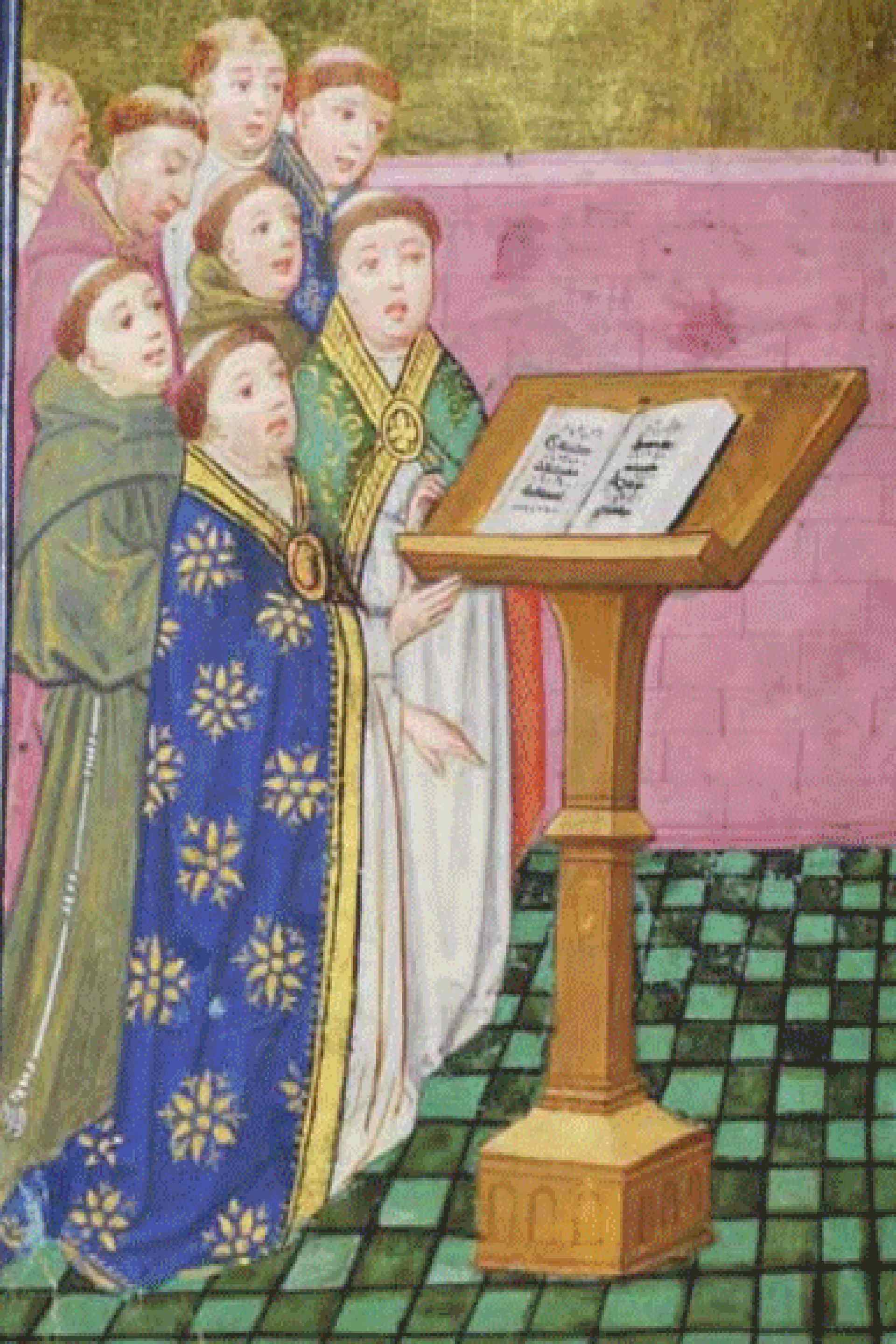 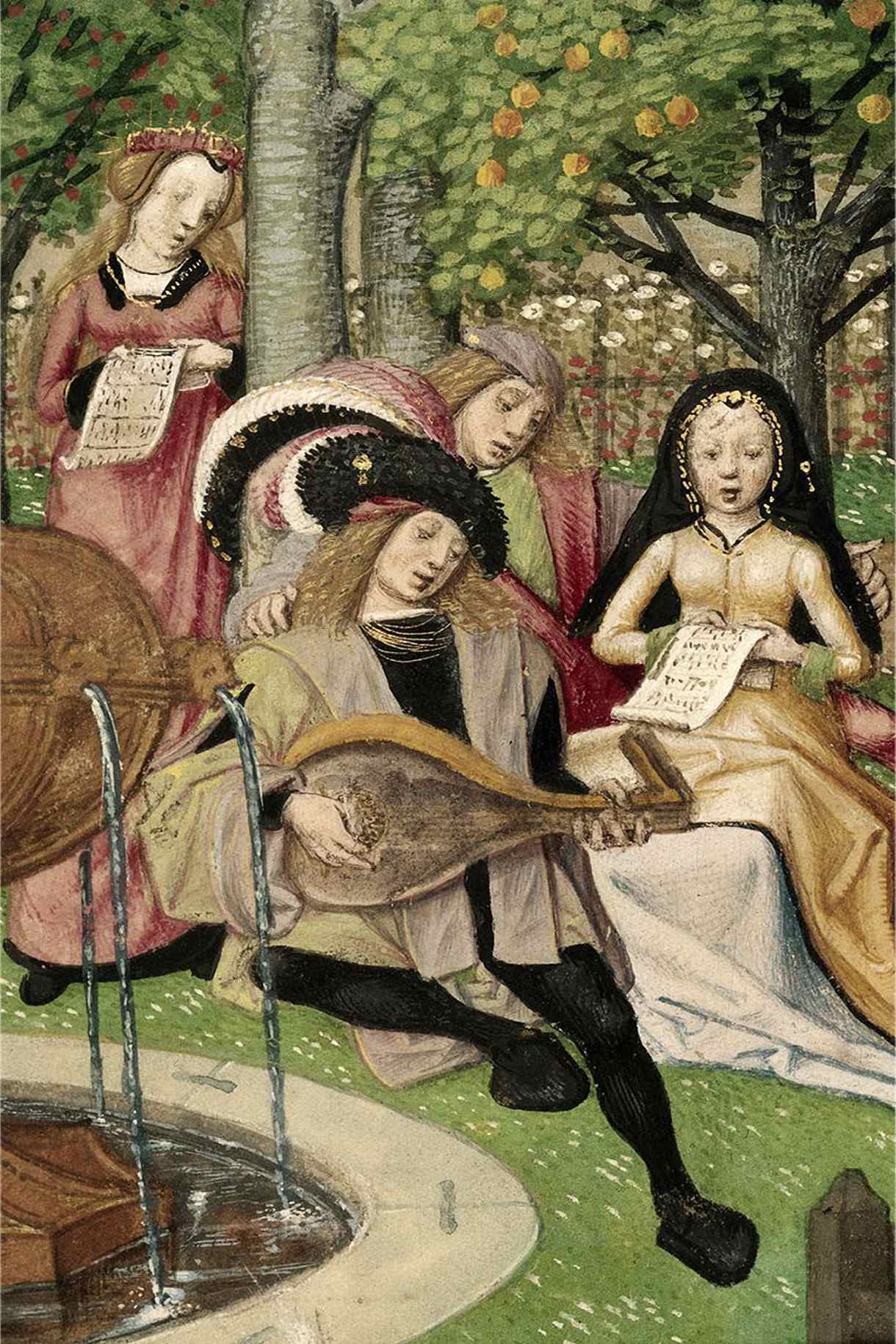 It makes sense to have instruments with a similar tonal homogeneity of vocal ensembles for wich the music was developed for. Ensembles limited to one family of the instruments were known as consorts. 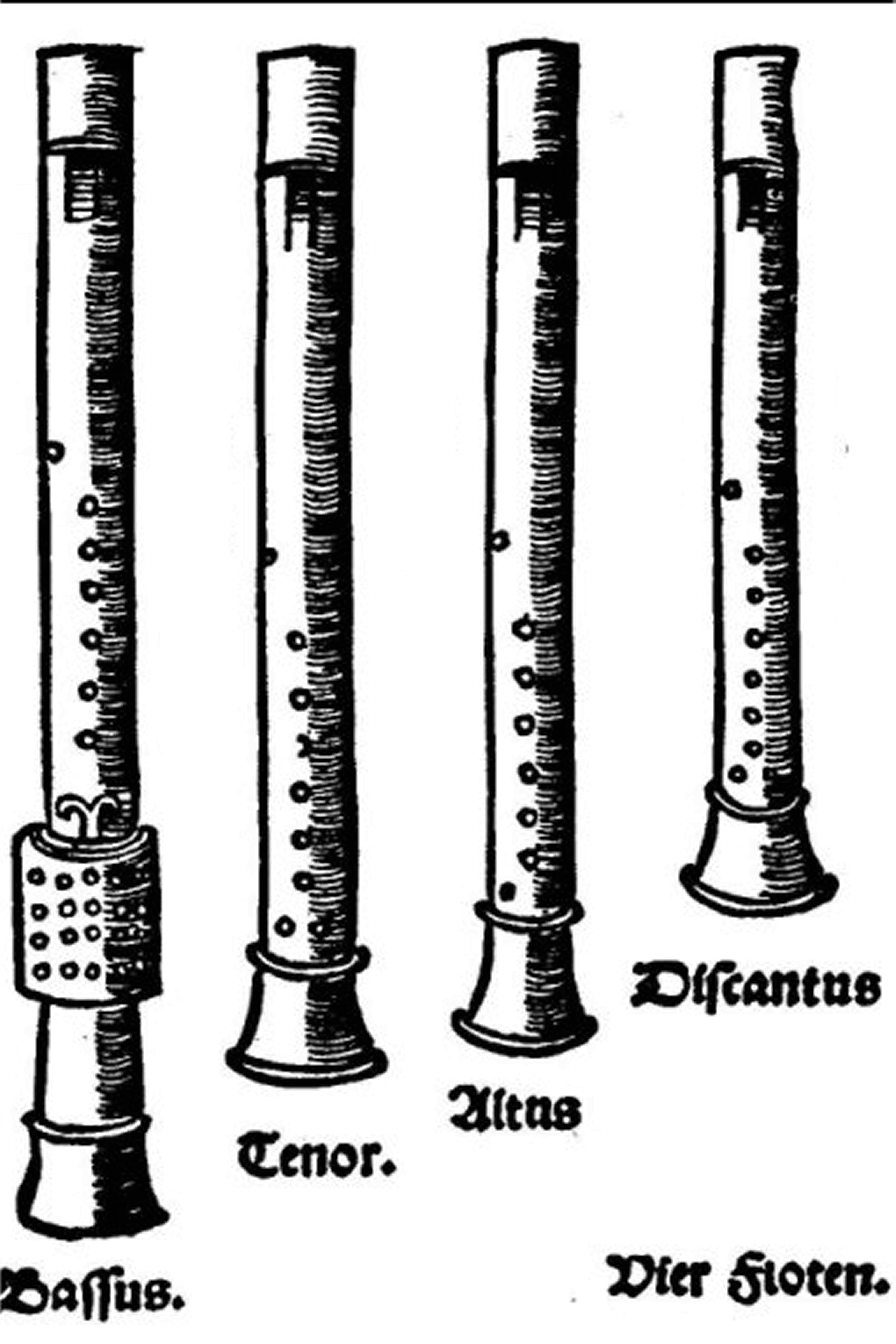 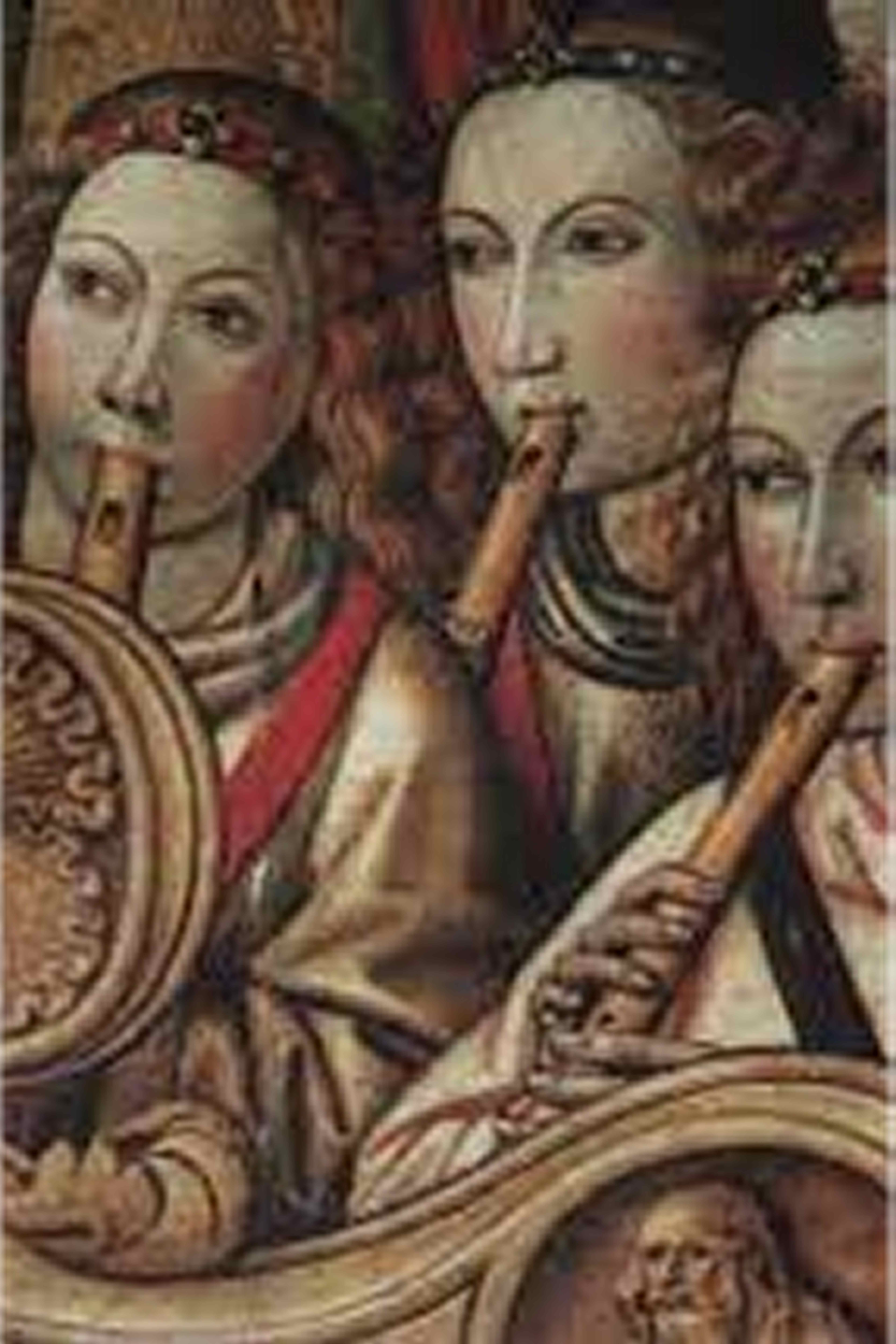 an instrument family close to singing

Recorders have been established with the Renaissance. In the recordings use Soprano, Alto, Tenor and Bass-recorder are used in the consort. 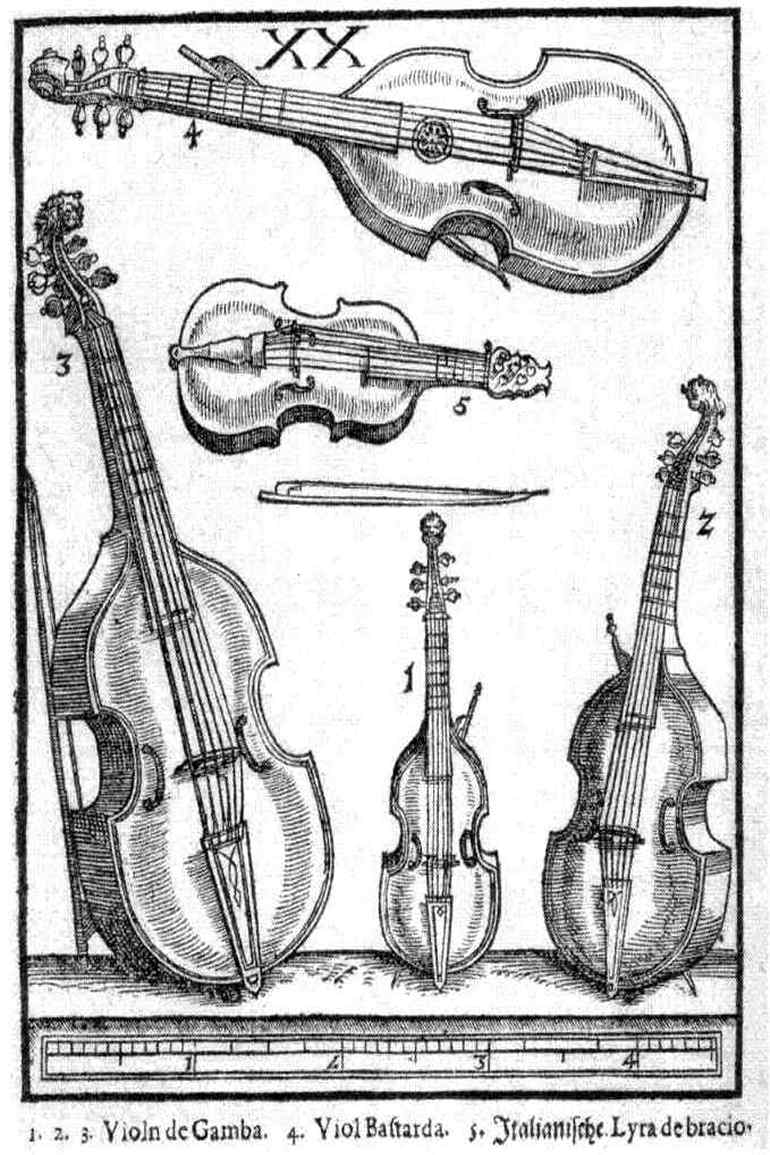 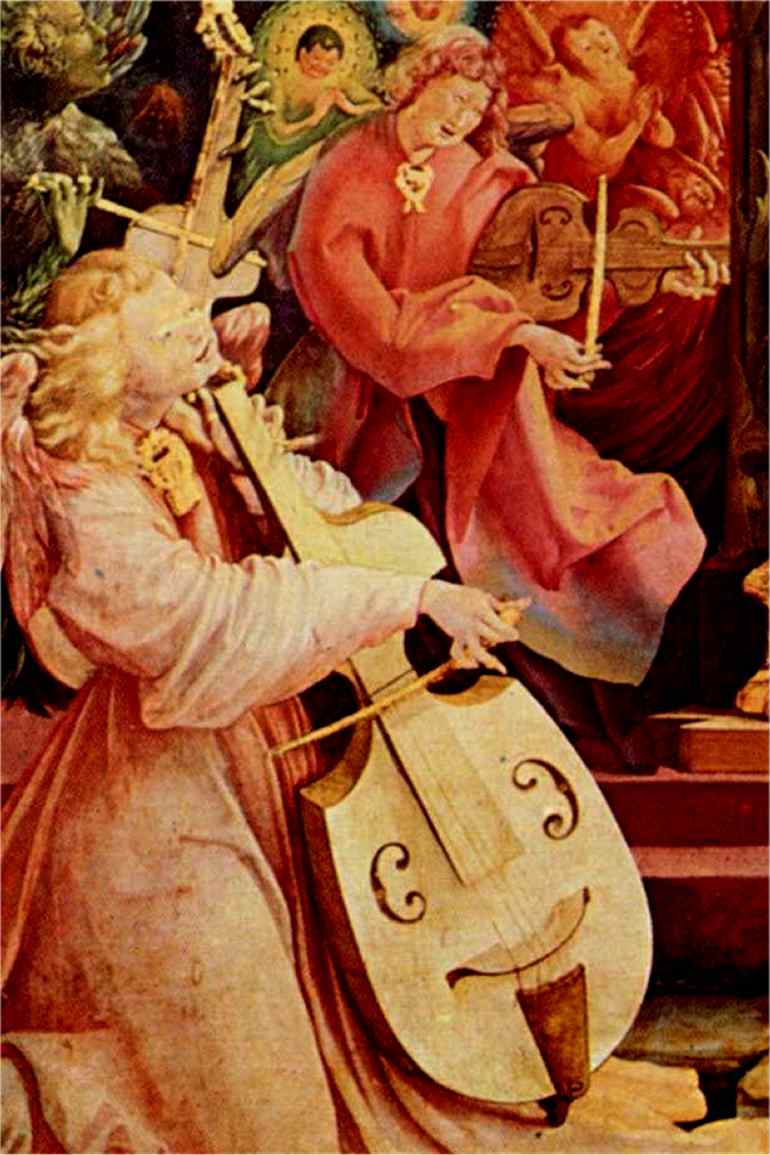 Since in the early Renaissance for the alto and tenor register only a single instrument, the tenor viol, was used ,the recordings use a combination of a bass viol and two different tenor viols, which are occasionally combined for higher registers with a fidule to form a string consort. 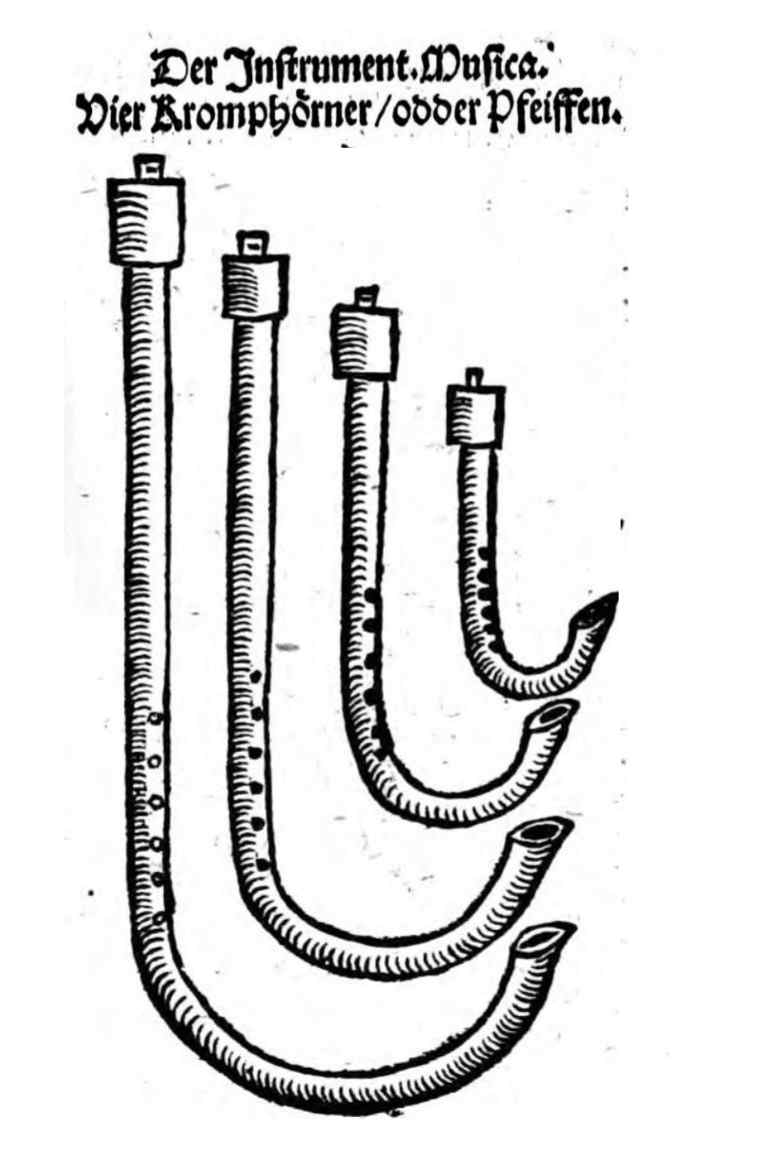 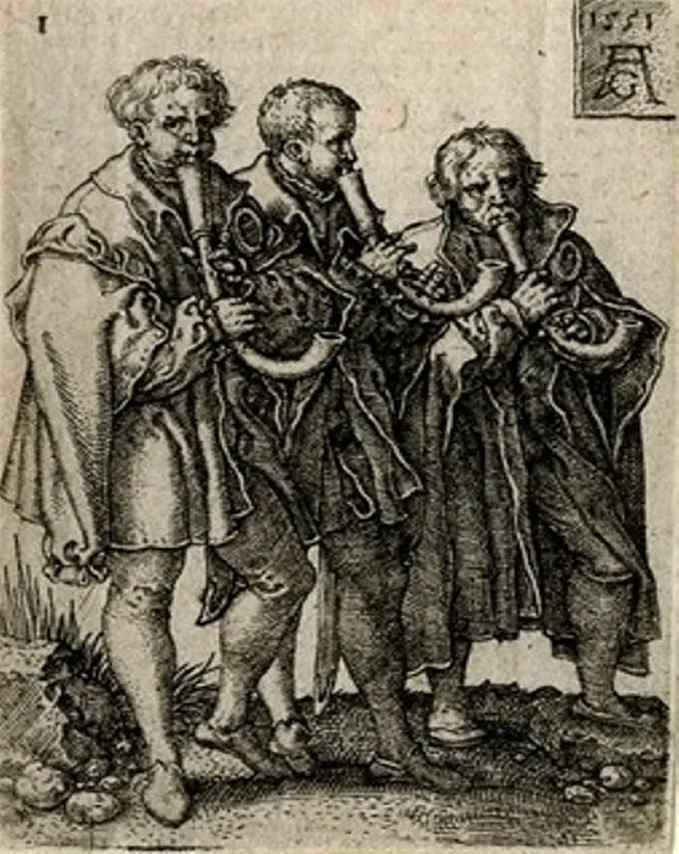 Double reed instruments of the Renaissance

The Krummhömer, common up to the transition from the Renaissance to the Baroque, are used in the consort in soprano, alto, tenor and bass range. 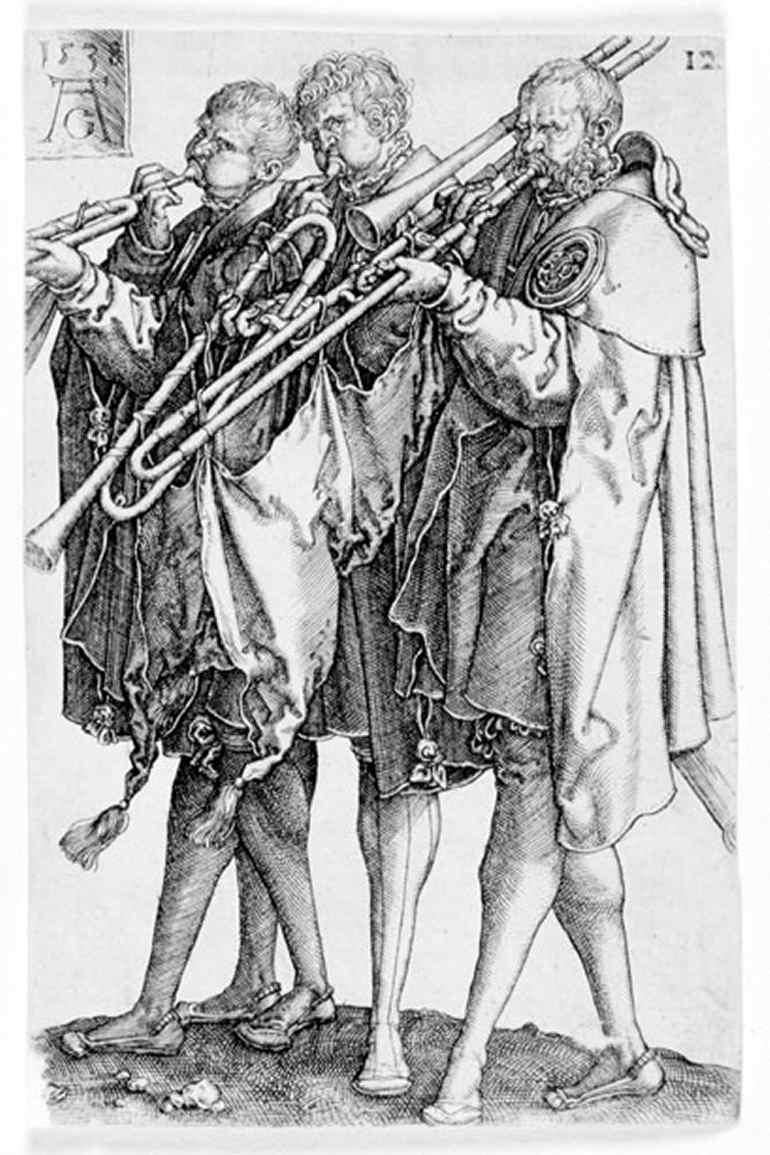 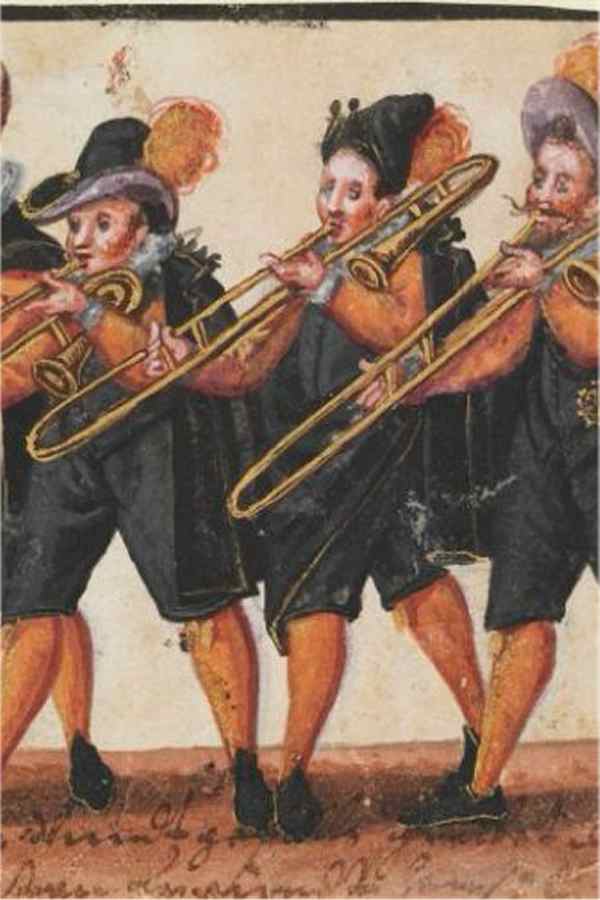 In order to achieve a homogeneous sounding brass ensemble with period instruments, natural trumpets and sackbutts are combined in the recordings.

Mixed ensembles, so-called "broken consorts", also use the following additional melody instruments, each of which only takes over individual voices of a musical set. 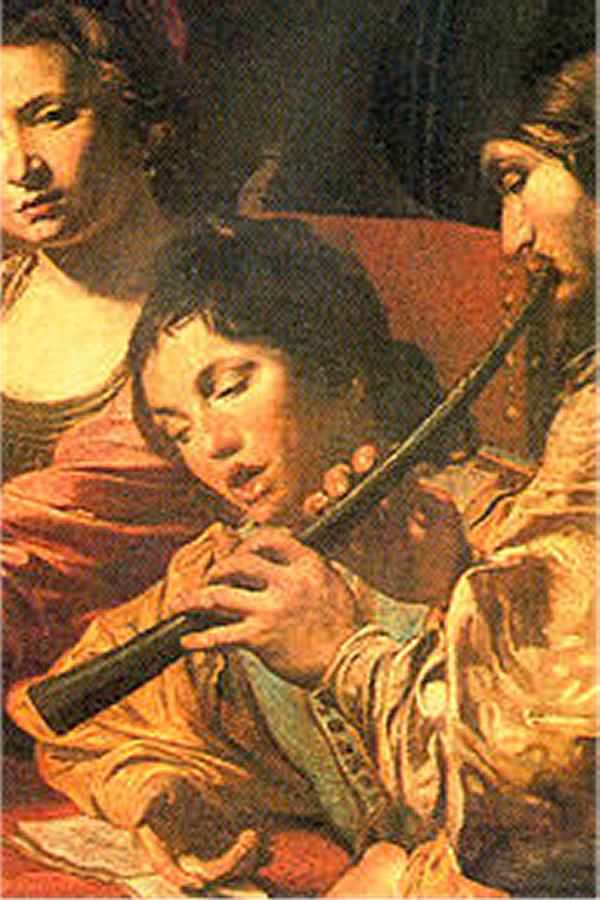 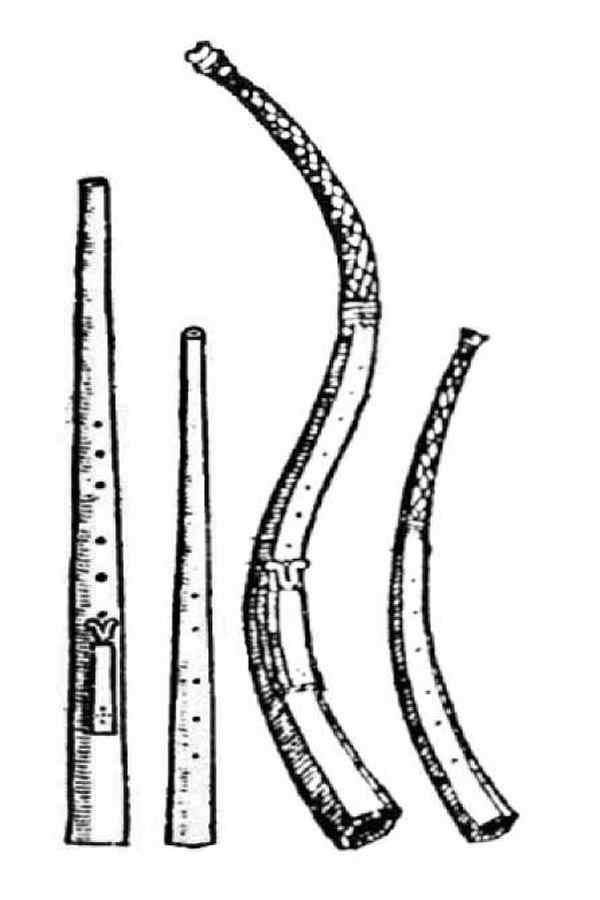 The zinc or cornetto was very popular in the music of the Renaissance and the early Baroque as a haunting melodic instrument and only lost its importance with the advent of the violin in the 17th century. 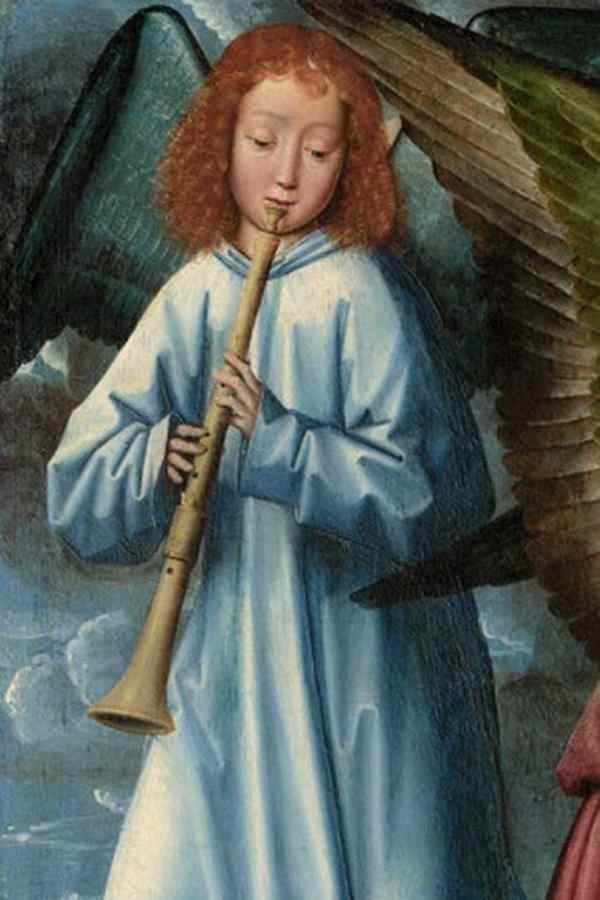 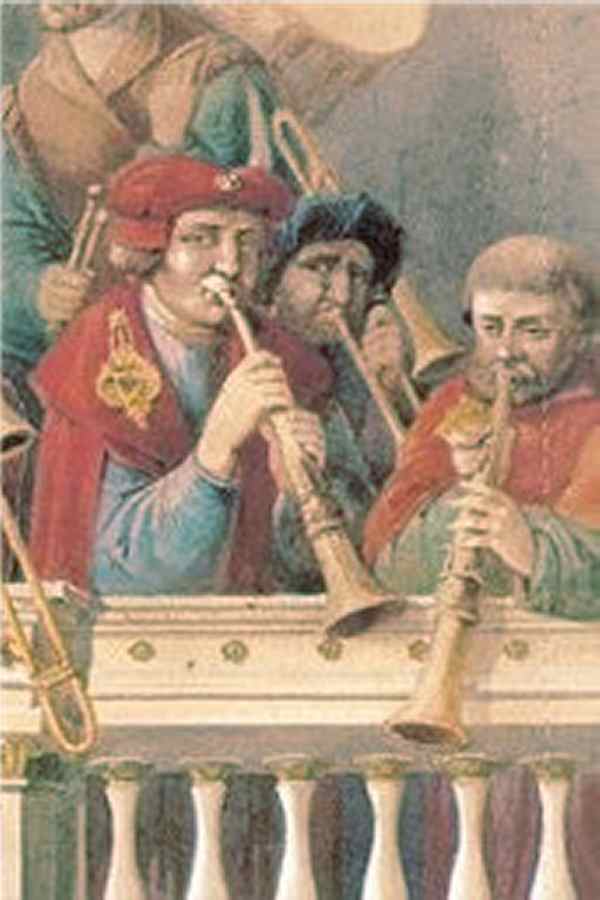 With its sound rich in overtones, the double reed instrument known as the bombarde or shawm stands out in every ensemble and has also been combined with brass instruments. 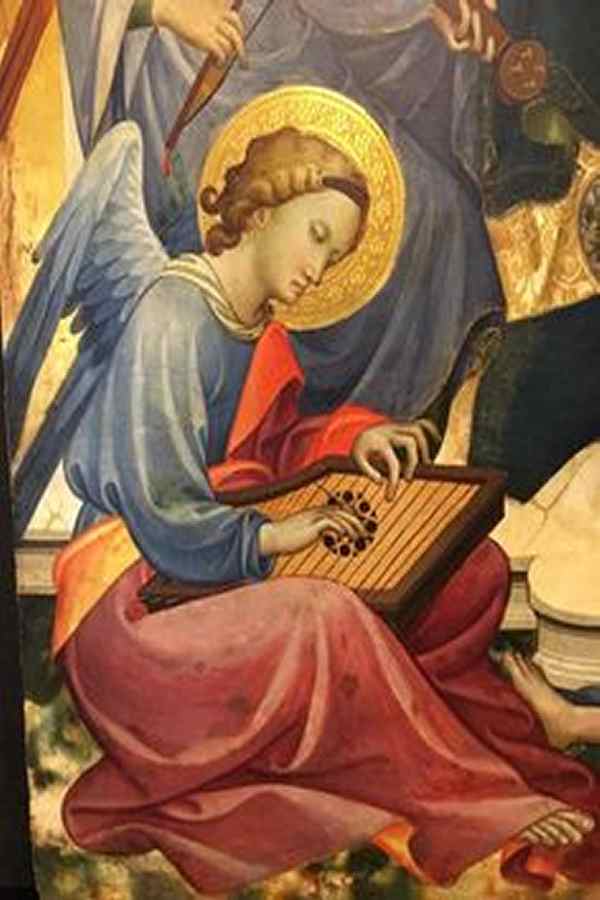 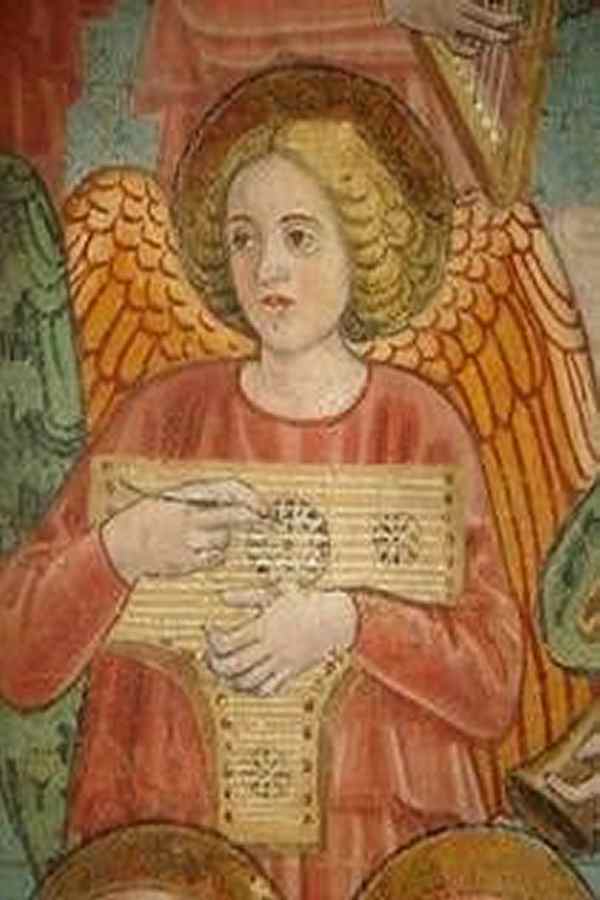 The psaltery is seen as the forerunner of the zither and dulcimer, but also of harpsichord and virginal. Technically speaking, it is an instrument capable of chords and polyphony. Due to the way it is played with plectrum or mallets, it is mainly used in this recording as a melodically played component of mixed ensembles.

accompanying instruments of the Renaissance

Both for the sole accompaniment of a singer or instrumental soloists, as well as as part of a mixed ensemble, one recognizes the use of chordophones in many representations of the visual arts, i.e. instruments that are able to play polyphonically. 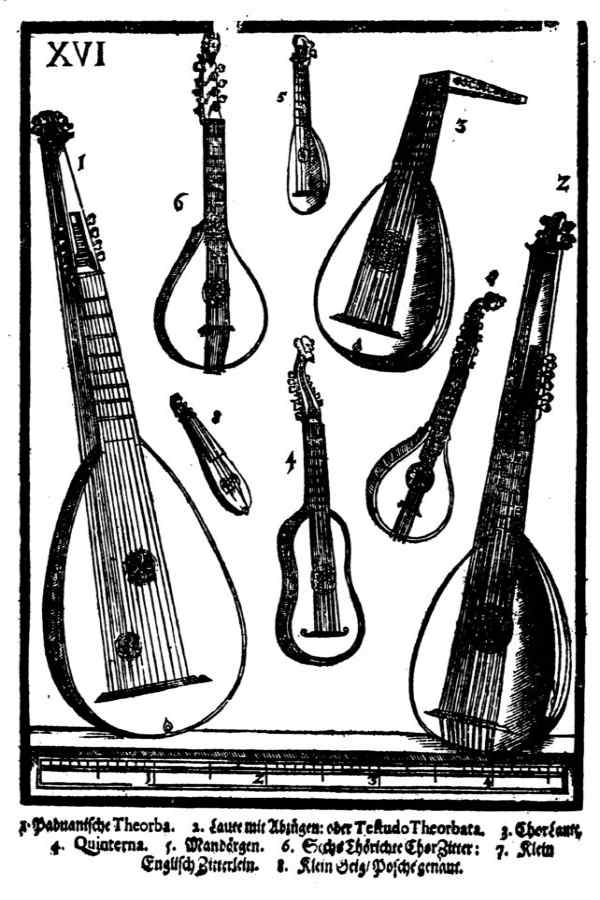 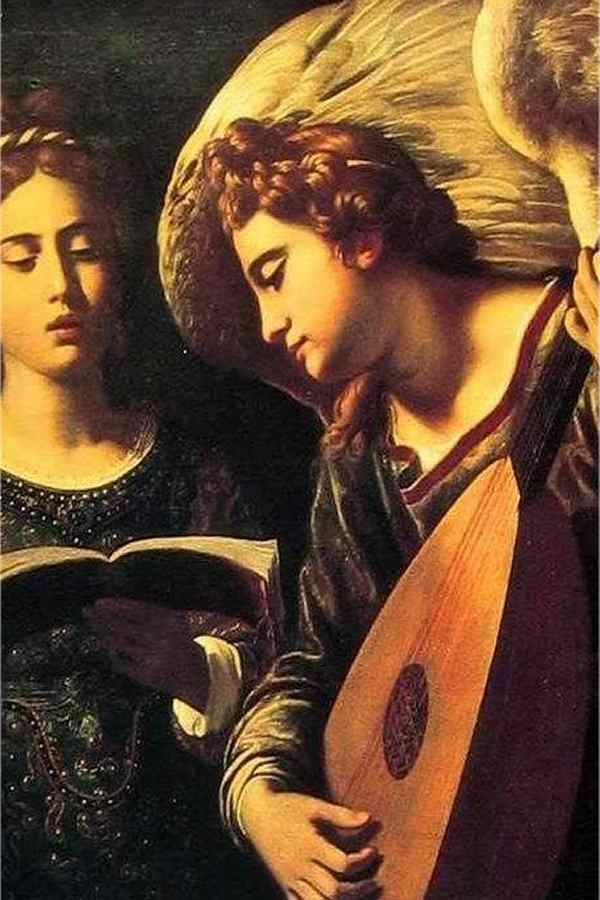 In many illustrations from the Renaissance, the lute is often shown as an accompanying instrument for singers or other melodic instruments. In addition to the chordic summary of voices not sung, details or entire sections of the polyphonic movement can be adopted on the lute. 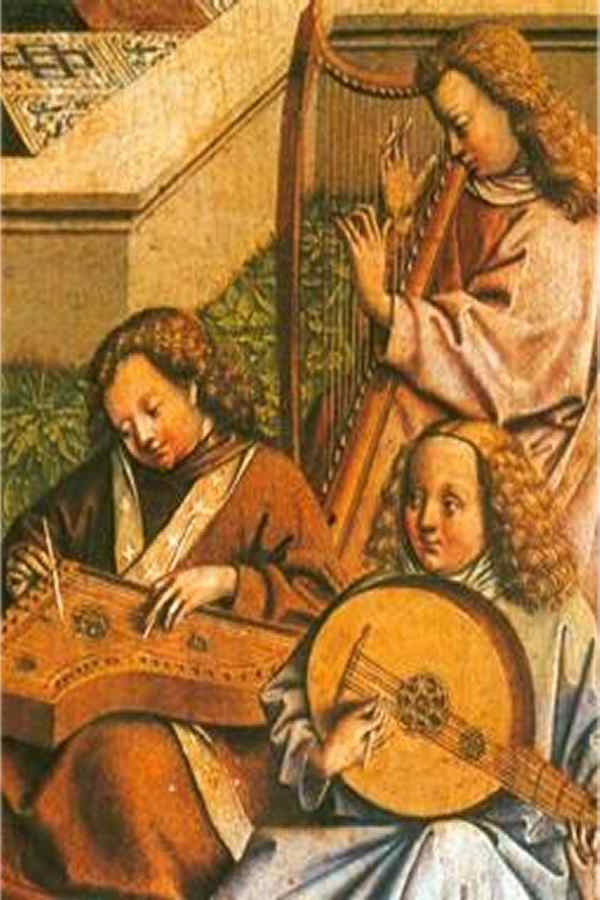 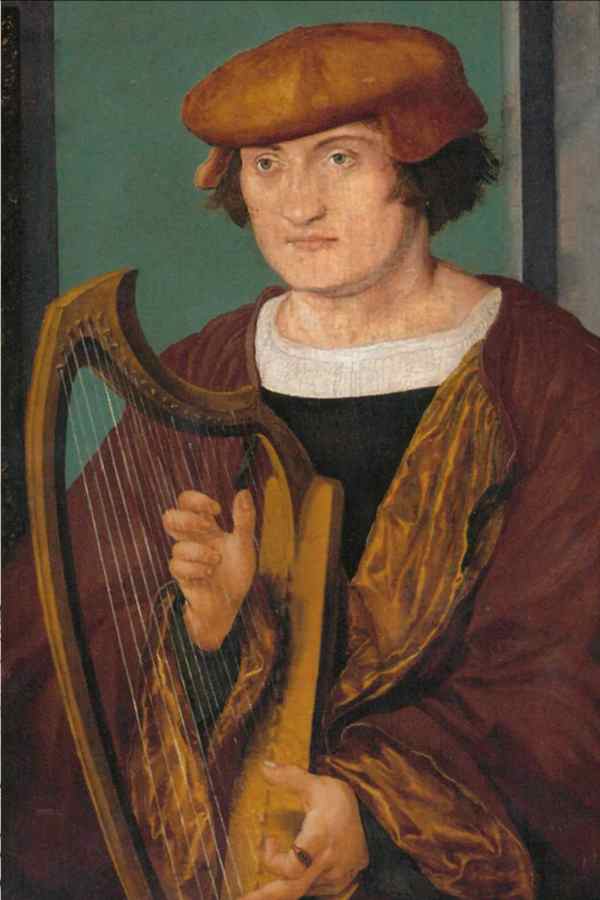 Even if not as often as the lute, the harp is also documented in various historical paintings as an accompanying polyphonic instrument. The renaissance harps are significantly smaller than those used today 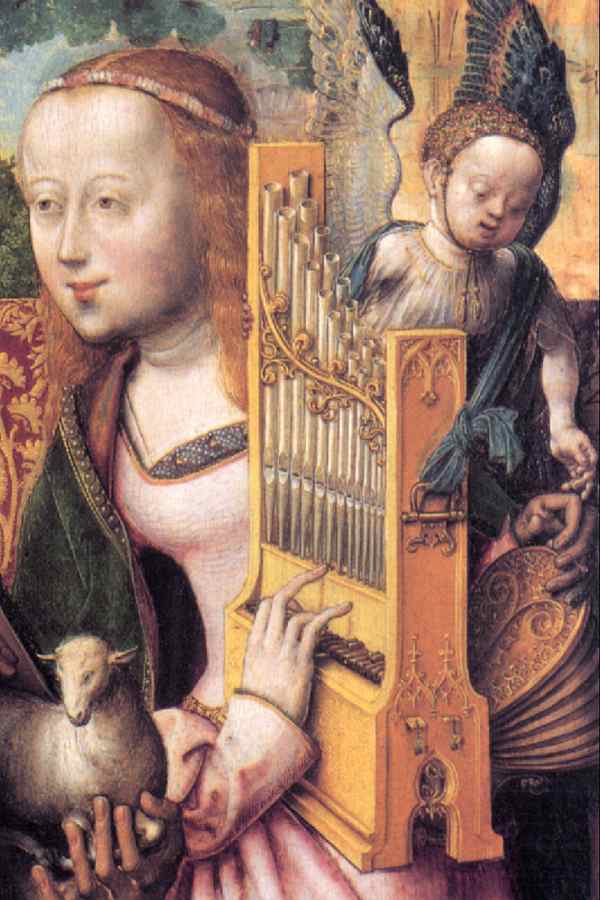 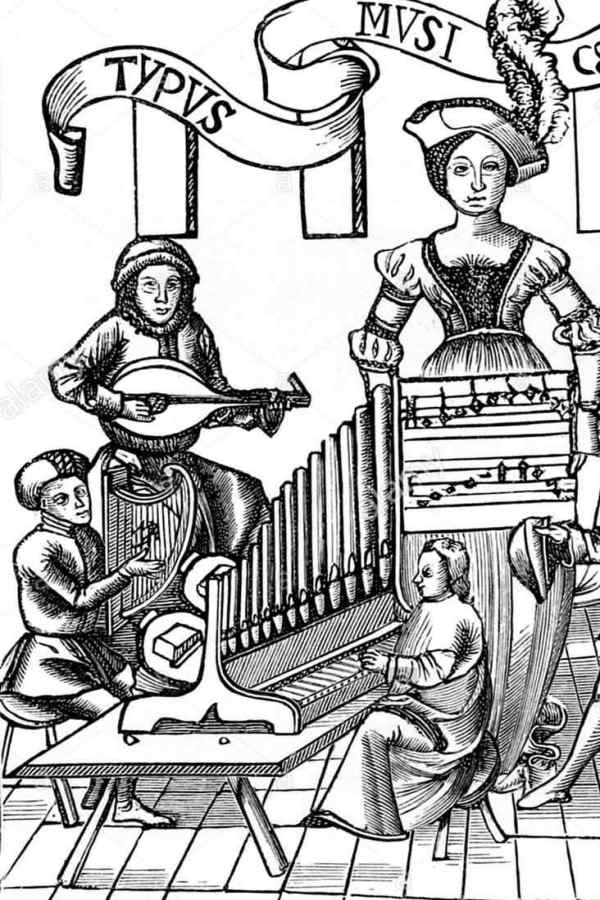 Organ in the private room

The portative, which already appeared in the Middle Ages and is documented in many illustrations, has apparently hardly been used in clerical contexts despite its relationship to the organ. As a polyphonic instrument, however, it can take on tasks that include accompanying and replacing other voices.